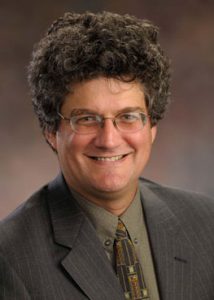 Sweedler was among six researchers to whom The American Diabetes Association presented awards for the 2018 Pathway to Stop Diabetes research program. He received the association’s Visionary Award for his research project titled “Unraveling Diabetes Progression a Cell at a Time.”

The Torbern Bergman Medal is awarded by the National Meeting of the Swedish Chemical Society, which met for the first time this year in Lund, Sweden. It is named after the 18th-century Swedish chemist Torbern Bergman, considered a pioneer in the field of analytical chemistry.

Last year, Sweedler was named to the 2017 Power List of 100 International Analytical Scientists, “The Magnificent Tens.”

Discoveries relevant to our brains, which influence and control such a wide range of actions, emotions, and thoughts, have relied on two complimentary approaches: cognitive and behavior studies and brain cell and tissue biology studies. Our research traineeship program utilizing miniature brain machinery, funded by the National Science Foundation (NSF), combines these two paradigms to train the next generation of Science, Technology, Engineering and Mathematics (STEM) workforce to advance discovery. Our students are recruited from neuroscience, cell and developmental biology, molecular and integrative physiology, chemistry, chemical and biomolecular engineering, bioengineering, electrical and computer engineering, and psychology to foster a culture of innovation and translational research, and will significantly impact efforts to understand and control brain activities ongoing at other institutions.